How Gen Z Is Rewriting the Rules for Personal Finance


In the summer of 2020, Matt Choon sat in his Brooklyn apartment surrounded by piles of boxes of CBD gummies and bags of designer clothing. He spent years trying to turn his e-commerce business Potion from a passion project into a sustainable revenue source, trekking through snow to beg bodegas to sell his products and throwing house parties just to get photos of guests with his brand’s logo. But collaborators had come and gone, and now it was just 24-year-old Choon, his roommate and a recently laid-off neighbor he hired to help with shipping Potion orders.

In an effort to really ramp up the business, Choon turned to TikTok.

Suddenly, a few videos of the gummies and clothing at pop up shops and street fairs with captions like “secret vintage designer pop up in NYC” changed everything. He watched as videos racked up thousands of views and lines formed down the streets. 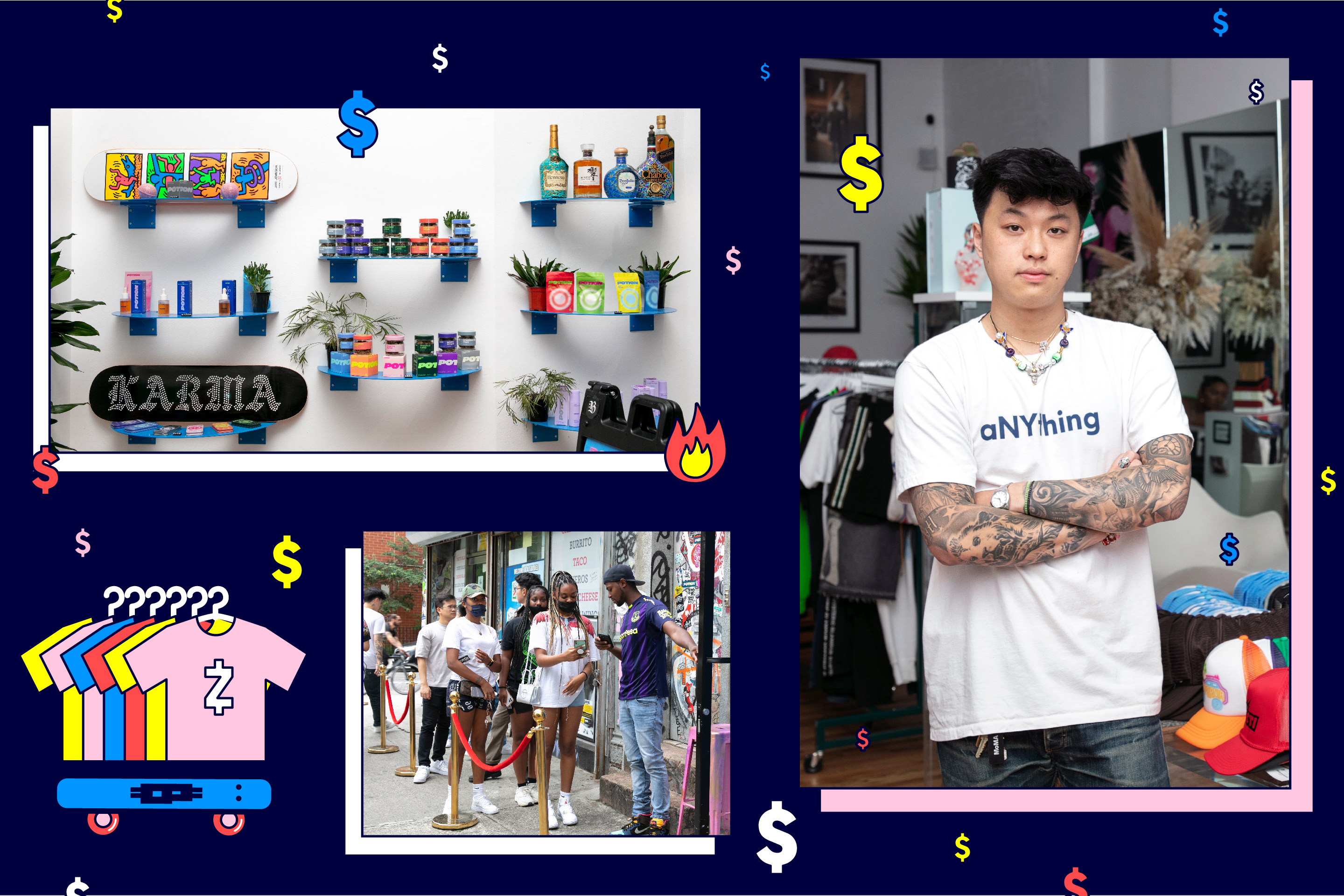 Choon funded Potion, which is described as a hemp and cannabis brand, with his cryptocurrency investments — and just a few months after those first TikToks, he had a full-fledged retail space in Manhattan’s Lower East Side. The Bowery Showroom is a CBD dispensary selling Potion products and clothing boutique featuring up-and-coming designers that pitch Choon their brands; it’s also a cultural hub for Gen Z creatives to host workshops and art installations. The walls are covered with art visitors can use to create backgrounds for their own social media posts, including a movable, puzzle-like display made out of carpet and a mirror you can write directly on with markers. Gen Zers waste no time pulling out their phones, filming videos of themselves exploring the shop and posing with friends. Choon and his team have made well over six figures since the store opened in late April.

“We just needed something that could show people beyond our immediate network what we were doing, and that ended up being TikTok,” says Choon, who was raised in downtown Manhattan. “An app for kids and cringey dance moves ended up being so much more than that.”

Ads by Money. We may be compensated if you click this ad.Ad

Investing made easy – Get mobile access to the markets and choose how much you want to invest.

Robinhood allows you to invest commission-free in individual companies or bundles of investments (ETFs).

You’re probably thinking: a 24-year old who built his success off of cryptocurrency, CBD and TikTok? That’s one in a million. A lucky guy who took advantage of a fad. But Choon is on the older cusp of Gen Z, a generation of those born after 1996 that are completely rewriting what it means to make money and invest in their futures. Gone are the days of taking jobs at summer camp or as a babysitter, squirreling away cash in a piggy bank and waiting until someday a company offers you a 401(k). This extremely online generation learned to manipulate Instagram and YouTube algorithms to get side gigs and start their own businesses. They’re at the forefront of an investing landscape dominated by day trading and meme stocks. Words like non-fungible token and Ethereum are just a natural part of their vocabulary.

It makes sense that a population which grew up in the shadow of the 2007 financial crisis and has now survived the COVID-19 recession would want to write their own money rules, all while showing that they care about the environment and companies’ ethics.

They’re working really hard to build wealth in new ways that feel ultra necessary for these post-pandemic times. The hard thing? Figuring out if it will last.

‘These strangers have become my mentors’

Growing up in a two-bedroom apartment with her parents and younger brother, Diana Guardado was aware that her family didn’t have a lot of money. As a kid, she wanted a Barbie that all her friends had. Her mother made it clear that wasn’t in the cards.

“I adopted this very weak relationship with money because I never had it,” Guardado says.

That didn’t stop the 19-year-old from setting the goal of buying a house and retiring before age 30.

Guardado didn’t have anyone to teach her about investing, so when she turned 18 she opened a brokerage account and got to work. She pored over videos of YouTubers like Our Rich Journey and Wealth Nation and spent hours on Public.com — a trading and social media platform that allows investors to post commentary about their trades, follow other investors and talk in group chats — to learn about dollar-cost averaging, indexes, exchange-traded funds and more.

“These strangers online have become my mentors,” Guardado says. “Investing wouldn’t have been possible without social media.”

Much of Gen Z’s view of building wealth can be understood through their obsession with authenticity. To Guardado, investing didn’t equate to rich men in buildings towering over Wall Street. She was able to learn it from young and diverse influencers who broke down complicated financial terms in T-shirts from their homes. She saw herself in them.

And the authentic online public sphere is dictating real money moves at a dizzying pace. This year, investing apps like Robinhood and Webull have exploded in popularity with young people, giving them the option to trade stocks, funds and even cryptocurrencies at lightning speeds with no fees. Reddit fueled one of the biggest, oddest stock comebacks in years with the rise of Gamestop. Elon Musk tweets something and crypto prices plunge. The number of Gen Z account openings on Apex Clearing, a platform that facilitates trades for brokerage companies, increased almost 10 times over the last two years as of May. And for this generation, investing means socializing. A Public.com survey found that 64% of 18- to 29-year-olds discuss investments with friends and 41% of Gen Z respondents to a Fidelity survey said that they turn to social media influencers to educate themselves on investing.

Ads by Money. We may be compensated if you click this ad.Ad

Invest and trade in real time with Robinhood.

Robinhood makes investing in financial markets more affordable, more intuitive, and more fun, no matter how much experience you have. Click below to start investing today!

“People have always talked about investing, they’ve always shared stock tips with each other,” says Leif Abraham, co-CEO of Public.com. “But social media has just brought this more into the mainstream.”

For 17-year-old Matt While, Twitter and YouTube exposed him to the crypto world before he was even old enough to have his own trading account. The New Jersey-based high school student asked his parents to open a Webull account for him during the pandemic. After watching Bitcoin’s price for several months, devouring hundreds of YouTube videos and following Twitter chatter about cryptocurrency, he bought about $7,000 worth of Bitcoin, Ethereum, Litecoin and Dogecoin with saved up gift money.

Thanks to crypto’s volatility, he’s now in the negative, but hasn’t given up hope he can turn it around. He still spends about an hour a day researching crypto and other investments, but also wants to be one of those YouTubers he spent so much time admiring. In just 5 months, he has over 1,000 subscribers on his own channel where he shares tips on everything from how to build credit if you’re under 18 to the cheapest auto insurance for young drivers. It’s just While in his room, often wearing a sweatshirt, casually sharing what he’s learned.

When the world first embraced Instagram over a decade ago, posters fell into the same pattern that plagued them on Facebook: they wanted elaborately crafted, beautifully filtered pages that attempted to prove their lives were perfect. Gen Z just doesn’t seem to care that much. Instead of getting dolled up and finding the ideal photoshoot spot, they’re filming dances from their bedrooms, going viral with reaction videos or just making fun of themselves and pranking their friends. Even the ads are low-key (cue TikTok star Dixie D’Amelio advertising Beyond Meat to her 53 million followers from her kitchen in a baseball hat). And the sentiment has reverberated across the internet — the one of the highest-paid YouTube stars is a 9-year-old who reviews toys with his dad. 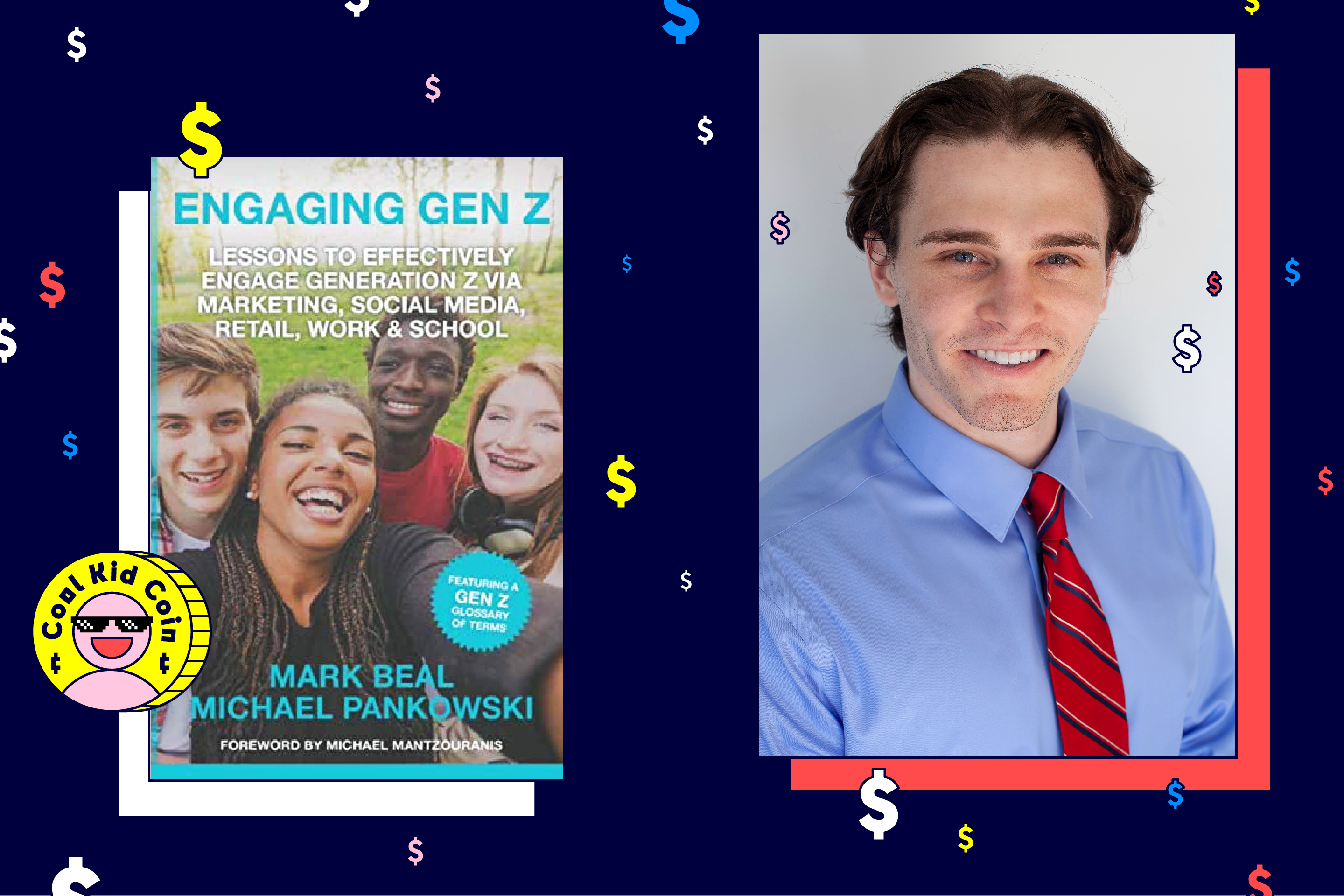 Read More: How Gen Z Is Rewriting the Rules for Personal Finance

Mastercard to stop issuing new debit, credit cards from tomorrow after RBI order. All you need to

Moves That Made Retirement Simple, According to a 55-Year-Old Retiree

Where Soon-To-Be Retirees Should Put Their Money

How many months should your emergency fund last?

Salary, pension and EMI payment rules to change from August

PRECIOUS-Gold nudges up as dollar softens; all eyes on Fed meet

After Years of Chinese Influence, U.S. Tries to Renew Ties in…

Apple Earnings Are Due Tuesday. Why the Market May Already Be Looking…

Stocks are due for a pullback of up to 8% in the next 3 months, says…

Apple Earnings Are Due Tuesday. Why the Market May Already…

China’s stock market slumps amid crackdown on education and…